Fate works in wonderful ways, and I find that when I’m in Italy, particularly in Siena, I get to cross paths with some very interesting people. Enter Marco Zamperini – a hobby photographer whose photos pack a professional punch. 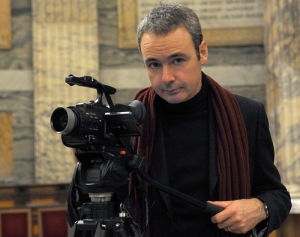 Marco’s a friend of a friend who graciously allowed me to chat with him back in June. He’s Senese (from Siena) and a proud member of the Istrice contrada (porcupine). His day job sees him working in the medical field, but his passions lead him into his city, into the countryside, and most interestingly, up in the air to chase that perfect shot.

He remembers his father always telling him to “look up” when he was a boy, so as not to miss the stuff going on above eye level. Looking up, he developed a love for flying. During his travels, he realized he didn’t have enough time to take notes on all that he saw, so he turned to his camera to document everything, and his love for photography was born. That was 17 years ago.

What’s really interesting are all the things Marco has used over the years to get those perfect shots: cameras on fishing rods, model airplanes, little hot air balloons, and more recently, motorized flying drones. “I try to look at things from a point of view [usually bird’s eye] that other people can’t,” says Zamperini.

Marco and one of his flying drones.

Another thing that draws Marco to photography is finding the beauty in the ordinary. “I try to bring out the beauty,” he says.

But when it comes to photographing his city, part of that job is already done for him. “I was born in a city that is sincerely beautiful,” he says of Siena with pride.

I couldn’t agree more. But even with subject matter that’s already stunning, Marco manages to find that angle, that light, that moment that, “something more” and capture it in a click.

I rest my case: 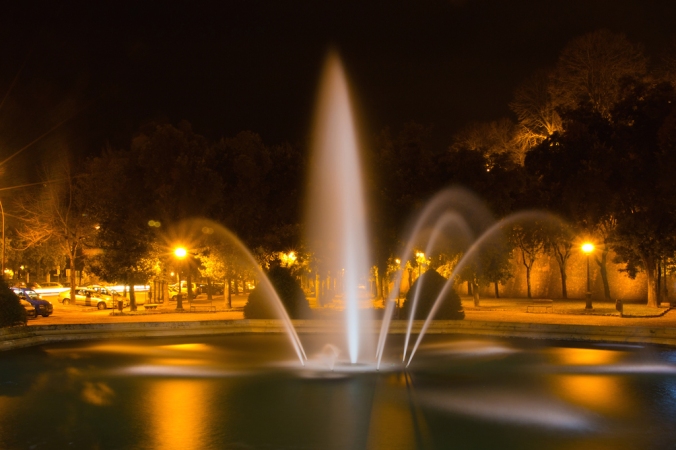 A magical moment at the Duomo of Siena. Photo: Marco Zamperini.

[PS: It isn’t quite finished yet, but Marco’s working on a website to showcase and maybe even sell some of his work. When it goes live I’ll be sure to put it here. For now, if you’re looking to find any of his work for sale, check out the Palazzo del Capitano Galleria d’Arte in Siena: http://www.palazzodelcapitano.it]

now, I’ve wanted to visit the region of Puglia. Geographically speaking, we’re talking about the heel of the Italian boot. Now that I’m back from a fairly relaxing 9 days down there, I’m writing to share my experience with all of you.

My impressions of Puglia:

Tourism in Puglia is not nearly as developed as it is in other parts of Italy. For my travel buddy and I, this meant that we encountered no lines, no wait times (except for trains), hardly any pesky tour groups, hardly any pesky English speakers (we both speak Italian), and lots of peaceful moments. For that, it was blissful. 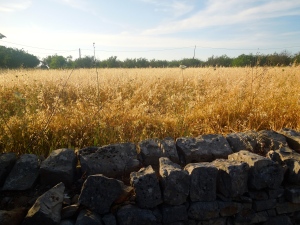 On the other hand, if you’re used to being shunted around on pre-organized tours from monument to church to museum to historic site, Puglia may not be the ideal place for you. Don’t get me wrong, I enjoyed my 9 days down there. And we moved around, despite the very interesting (read: horrible) rail system. But if you’re not a lover of seafood and the seaside, it’s maybe best that you stick to the central and northern parts of the country.

The coastline and sea are beautiful, the people are friendly and helpful and the food is delicious. Would I go back to Puglia? Absolutely. Would I necessarily spend 9 days there again? Maybe not.

Highlights of the trip:

Visiting the trulli houses of Alberobello and the Grotte di Castellana: 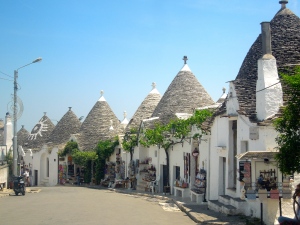 A wonderful birthday dinner of spigola in the main piazza of Monopoli.

Taking a dip in the beautiful Ionian sea at Gallipoli. 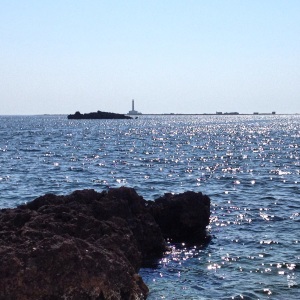 Taking a dip in the spectacularly turquoise Adriatic sea at Otranto.

Riding in the back of an Ape Calessino, then having to get out and push (yes push!) when it got stuck in the sand. 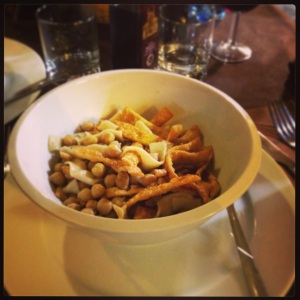 In true Italian fashion, I decided to take the month of August off from blogging. I’ve been chiuso per ferie (closed for holidays) for awhile now, and my time off was filled with travel, relaxation, family, friends and food.

Really, what more could a girl ask for especially after a summer like the one I’ve had? Let’s recap:

3 months in Italy and France (with brief stops in England, Belgium, Luxembourg and Germany) – check! 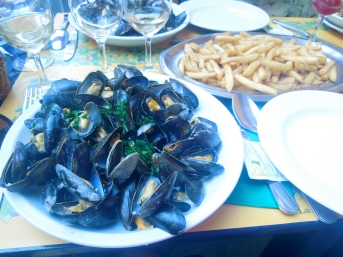 A new job for the fall – check! (Which leads me to the title of this post…)

That’s right, I’m going to be a professoressa d’italiano (Italian professor) at Wlifrid Laurier University (Canada) for the fall semester. Basically, it’s my dream job. I just hope I don’t turn into the Maestra Maldestra by the end of the term…

What does this mean for Not Just Another “Dolce Vita”? Hopefully that I’ll have even more time to get down to writing and filling your inboxes with all sorts of great tidbits about Italy. That’s why we’re all here, isn’ it?